You can finally say goodbye to any of your opponents running the ball down your throat all game long!!  Stuff any run in the game without sacrificing pass defense, what we have found is probably the biggest gamechanger in madden 22 THIS WILL TAKE YOUR GAME TO THE NEXT LEVEL.   This will only be offered from 11/17 to 11/21/21 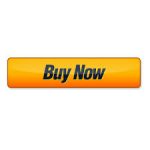 You all know that we have already found ways to roast any coverage in the game for 1 play TDs Which this new ebook contains, but what if I told you that we just recently found a new way to make any type of flat zone useless ? we are talking any coverage shell regardless of being cover 2 – 3 -4 -6 -9, and hard flats, cloud flats, seam flats, curl flats etc. Doesn’t matter what your opponent sets his zone drops at either. WE HAVE, Im going to give you an example, I used this in weekend league, and I used this technique combined with a corner route, my opponent put a hard flat, cloud flat and a curl flat to the side of the field I was running the corner route to, my receiver still open by an easy 10 yards of seperation, and that is just 1 example of what you can do with this knowledge, Next scenario question.  What if you could smart route an out route vs any cover 2 zone, regardless of it being a hard flat, cloud flat, or soft squat  and have it be wide open every single time?. WE CAN WITH THIS.  The funny thing is your opponent wont even know you are glitching him.  Im sorry I know alot of you dont like the glitch side of madden 22, but if you want to win in madden 22 at the highest level, knowledge is POWER & we are the only one in the Madden community right now that has this knowledge.  This is not playbook exclusive, you can do this with certain formations in a bunch of different playbooks.  We have completed an entire new scheme that is unstoppable, your opponent will be forced to use man coverage the entire game if he wants any chance what so ever of stopping you.  I could keep this to myself and dominate madden for the rest of the year or until it’s patched, and have a ton of fun playing competitive madden, but i am committed to my loyal customers, and I have always said that if its in the game I wont withhold anything.  I am going to offer this for sale for the next 2 or 3 days only, and I am then going to not offer it again for a while, I don’t want a ton of people to know about this.  Click the link below to get our Secret Zone Manipulation Offense today,  if you want to start enjoying madden 22 again and dominate any opponent.

The Patch eliminated mainly some of the cover 3 beaters we have released this Formation scheme exploits all defense in a different way, Plus it contains the best red zone glitch in the game & this gives you the abilty to score points at will when in the red zone.  If you are struggling after the November Patch this mini Scheme will get you back on track until we get our ebooks updated like we did with the last patch

The Patch of 11/4 didn’t change much with the current defense that we updated in the last patch, however the November patch changed a couple of formations that use to be worthless into what will most likely be the new defensive META.  This ebook contains new glitch defense from the Nickel 2-4-5 double A-Gap the 3-3-5 wide 3-4 under, even, cub, it also is really good at stopping the run & the blitzes are unblockable with really good coverage behind them

A Few Things have changed after the latest patch,  we found ways to create universal blitzing concepts that bring lightning fast heat sending as little as 2 rushers vs blocked RB even Max Protect.  Bring dual edge, single edge from the left or right, and the best looping blitz in the game using this formation, plus lockdown coverage, and the ability to stop the run.

If you Use a mobile qb this scheme is for you, it cant be stopped, expect your opponent to quit, 1 have played over 12 games using this formation scheme & everyone of my opponents have quit before the game ends, its impossible to defend what we do.  This is the type of scheme other sites would charge $30 for

This is one of my favorite blitz schemes to run in all of Madden, Impossible to block and the blitz comes in against all formations lightning fast.